You’re sure to find a souvenir to take home with you, thanks to the wide range of local products available here, including biscuits and other sweet delights, pottery and ceramics, cider and beer, Cherbourg umbrellas, Val de Saire knitwear and Cherwood objects.  All these fantastic things have one thing in common: they are all “made in Cotentin”.

The story behind this brand all started with a film. “As a child, every evening I went to watch the film ‘Les Parapluies de Cherbourg’ being filmed”. With these images from his childhood in mind, Jean-Pierre Yvon made the very first products of his brand Véritable Cherbourg himself, a registered trademark since 1986.

The pottery of Barfleur

Ingrid Guilbert is a potter in Barfleur, and one of the last to still create these traditional pieces. Her shop is next door to the workshop. Among her bestsellers are her bowls, cups, salad bowls, dishes and teapots. Each piece is completely unique and quite stunning.

The earthenware of Port-Bail, mosaics of Saint-Sauveur

Edith Lartigue takes her inspiration from ancient scenery of Normandy and opened a shop in Port-Bail where she sells eggcups, dishes, plates and small colourful jewellery.

Cécile Bouvarel’s establishment is in Saint-Sauveur-le-Vicomte, opposite the castle, and she is very talented in contemporary mosaics.

Marie created a brand of textiles, t-shirts, sweatshirts and polo t-shirts, all personalised with Cherbourg in mind. Her creations are very popular with the locals.

In creating the “Tricoterie du Val de Saire”, the Hyver’s wanted to produce top-quality women’s clothing made from wool, merino wool, silk and cachemire.  Their products are highly sought-after by some of the great Parisian dressmakers, as well as German, Austrian and Japanese customers. The “Tricoterie du Val de Saire” is proud to have been awarded the “Entreprise du Patrimoine Vivant” (Living Heritage Company, or ‘EPV’) label and they have three shops in Cherbourg-en-Cotentin, Saint-Vaast-la-Hougue and Valcanville, next to their workshops with tours organised in the summer. 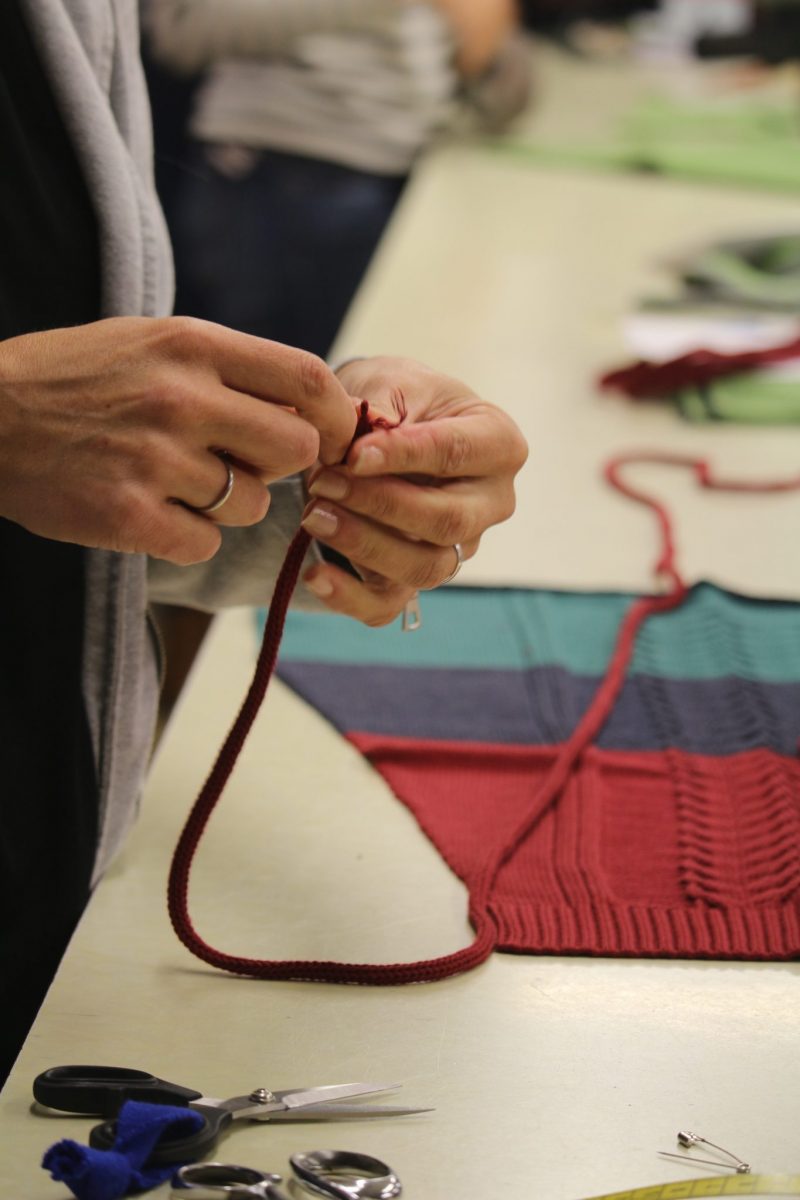